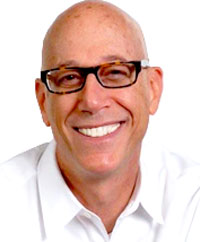 Broker of Record for Jodanvi Realty www.Jodanvi.com founded in 2015, Robert A. Kwartler has been a commercial real estate broker since 1983, actively licensed in both New York and New Jersey, currently representing major clients in Secaucus, Manhattan, and Atlantic City covering a multi-billion dollar deal pool at any given time. Mr. Kwartler is also co-founder of Starrunner, LLC, and Shark Pen Productions, LLC, with three independent films under his belt as Associate and/or Executive Producer, currently expecting distribution for release in 2018 of TIGER, as a producer, starring Mickey Rourke and Janel Parrish.

1983 to 2014: 40% owner/partner Kwartler Companies, a commercial real estate company with a management portfolio of 6.5 Million Sq. Ft. and 50 employees serving institutional capital market clients ranging in net worth from $2B to $17B when sold to Avison Young in 2014.

1988 to 2010: Mr. Kwartler ran and/or oversaw acquisition and/or management and/or disposition of tax lien and other instrument portfolio funds ranging from $5,000,000 to $25,000,000 for private equity groups and institutional clients. Mr. Kwartler is the only active Honorary Life Member (only six such honorees in 50 years) of the Tax Collectors & Treasurers Association of New Jersey (Associate Business Members) (“TCTANJ/ABM”), having received that honor after serving for 23 years as chair of the TCTANJ/ABM Scholarship Committee, known to the tax collectors of all 565 New Jersey municipalities.

Robert A. Kwartler graduated from Emerson College in 1974 with a double major BA in English Literature and Creative Writing where he was on the freshman committee that helped found Ploughshares in 1970-71, which is today a nationally award winning poetry journal. He was active with the St. Mark’s Place Poetry Project from 1975-1978. Poetry helps Robert remain sane. His most recently published sonnet appeared in Juked in June of 2016.